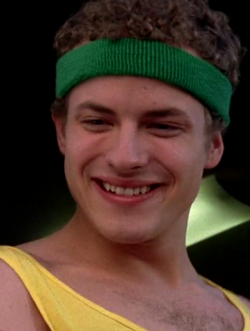 He starred in Alex and Julian's movie, and enjoyed flirting and making Alex very angry. He also had sex with Alex more that just one time. He made a sex tape with Alex and tried to release it, before Alex found out that he was gay. His ex-boyfriend then tried to out-him, but Alex pretended to be his girlfriend. He went with her to Utah, when most of the Tree hill gang went on Vacation to see the film premier. He left Alex to go tell his parents he was gay at the end of the series.

His parents were very proud of him being a lead man. Following him coming out to his parents, it is un clear what their emotions were, though Alex said that if she were his mother there wouldn't be one thing he could say to make her not love him.

The pair started off hating each other. Their relationship grew by having casual sex more then once, which Josh recorded. Alex was angry at first, but upon finding out he was gay, she tried to protect him. They went out for a time, to try and cover up Josh's sexuality. They went to Utah together to watch the opening of their film, and slept in the same bed (because all the others had been taken). When Josh went to tell his parents, they probably stopped their sherade.

Josh was seen making out with a guy in an elevator which triggered Alex realising he was Gay. At a later point Josh said his ex was trying to bring Josh out of the Closet, it is unclear if they were the same person.

Josh starred in Seven Dreams 'Til Tuesday, where he was the Leading Man, and love interest of Alex Dupre's character. He aparently has played other Leading Roles before this.

Retrieved from "https://onetreehill.fandom.com/wiki/Josh_Avery?oldid=65792"
Community content is available under CC-BY-SA unless otherwise noted.