Start a Wiki
watch 01:36
The Loop (TV)
Do you like this video?
Lisa Goldstein 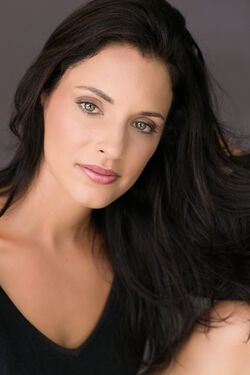 Lisa Erin Goldstein Kirsch's breakout role was as Millicent, an assistant, on The CW's hit drama "One Tree Hill". Goldstein appeared as Sheva Chess, opposite Jon Abrahams and Alessandro Nivola, in "Chess," the life story of legendary record producer Leonard Chess. Directed by Jerry Zaks, the film tells the story of Chess Records founder, Leonard Chess. When she first began on "One Tree Hill" Goldstein traveled back and forth between the set of "One Tree Hill" in North Carolina and Orlando, Florida, where she played Nemo and Squirt in "Finding Nemo - The Musical" at Disney's Animal Kingdom at Walt Disney World. The show opened in January 2007 to rave reviews and is helmed by Tony Award-wining creative team Robert Lopez ("Avenue Q"), Peter Brosius and John Caraffa. Goldstein has been performing in the theater most of her life and recent credits include Belle in "Beauty and the Beast."

Goldstein received her BFA in musical theater at Elon University. Following college she interned at several prestigious theaters, including Timothy Busfield's B Street Theatre in Sacramento, California, before moving to New York. In her spare time, Goldstein loves to bake and exercise. She enjoys yoga, pilates, skiing and spending time with her close friends.

Retrieved from "https://onetreehill.fandom.com/wiki/Lisa_Goldstein?oldid=65266"
Community content is available under CC-BY-SA unless otherwise noted.