Start a Wiki
watch 01:36
The Loop (TV)
Do you like this video?
Moira Kelly 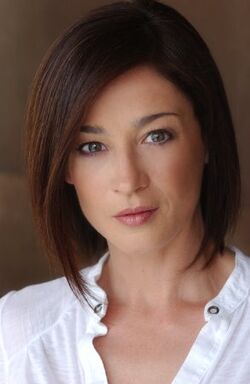 New York native Moira Kelly, well-known as the voice of Nala in Disney's Lion King and as Kate Moseley in the 1992 romantic comedy The Cutting Edge, has captivated film and television audiences worldwide with her voice, beauty, and talent since the early '90s. On television, she is recognized as Mandy Hampton, media consultant of President Josiah Bartlett (played by Martin Sheen), in the first season of The West Wing.

In 1992, Moira got her first leading role in The Cutting Edge as the rich, spoiled champion figure skater Kate Moseley, who was partnered with skillful and arrogant hockey player Doug Dorsey (played by D.B. Sweeney). That same year, she landed her first major role alongside Robert Downey, Jr. in Richard Attenborough's Charlie Chaplin biography, Chaplin.

On television, Moira's first stint as a series regular came in 1998 as she played the newly-wed Annie Cornell on the short-lived CBS romantic family drama To Have & To Hold. The following year, she starred as White House media consultant Dr. Madeline Hampton on The West Wing.

Work on One Tree Hill

As well as appearing as Karen Roe, Kelly has also directed the following episodes

Retrieved from "https://onetreehill.fandom.com/wiki/Moira_Kelly?oldid=64175"
Community content is available under CC-BY-SA unless otherwise noted.