Other main characters from the series One Tree Hill. 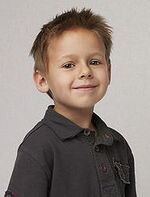 James Lucas Scott was the son of Nathan and Haley James Scott and older brother of Lydia. He was born on their graduation day at about the same time as his aunt, being the half-sister of his uncle—Lucas Scott, Lily Roe Scott. He is named after his godfather and uncle, Lucas Scott, while Brooke Davis takes the role of his godmother. All of Nathan and Haley's friends are close to Jamie and he sees them all as aunts and uncles. Jamie has a great adoration of his father and aspires to be like him, which is something that often inspires Nathan to do his best. 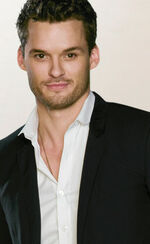 Julian Andrew Baker (born Julian Andrew Norris) was a film producer who arrived in Tree Hill to create a film adaption of Lucas Scott's first novel, who was unaware of Julian's history with Peyton Sawyer. Although many believed he posed a threat to Lucas and Peyton's relationship, he eventually revealed an interest in Peyton's best friend, Brooke Davis. When the film's production fell through, he left town for Los Angeles, but Brooke, who had realized and accepted her feelings for him, followed him. Deciding to let him into her life, the two reunited. The two then embarked on a long-distance relationship while he made a new movie, but they eventually reunited in Tree Hill, and got engaged. The couple was later married, and have twin sons, Davis and Jude Baker. After the birth of his children, he acquired a soundstage and began a TV series based on Brooke's life in high school called Ravens. 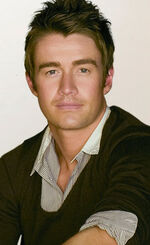 Clayton Evans was the sports agent of former NBA player Nathan Scott who has grown close to his family and friends. He enjoys the privileged lifestyle he leads but has come to find that something is missing. He has explicitly stated that he doesn't believe in love after the death of his wife Sara, choosing instead to have a constant string of meaningless flings with various girls. He moved to Tree Hill after Sara's death causing him to go off the rails and almost ruined his career. He sees Nathan as his top priority as he is trying to prove to the agency that he is capable. He has formed a close friendship with Quinn James since arriving, which blossomed into a relationship after he told her about Sara. 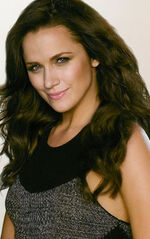 Quinn Alexandra Evans (née James; formerly Fletcher) was one of the seven siblings of Haley James Scott, the sister-in-law of Nathan Scott, the wife of Clay Evans, and the adoptive mother of Logan Evans. Free spirited and artistic, she found herself at a crossroads in her life after leaving her husband David Fletcher after discovering that he had become a stranger to her. In need of direction, she returned to her hometown of Tree Hill to spend time with Haley and her family. After David arrived in Tree Hill to try and reconcile with her, she asked him for a divorce and started to rely on Nathan's agent, Clayton Evans, for support. They have since entered a relationship after Clay overcame his worry that he would forget his late wife Sara. Quinn and Clay later had to deal with his stalker but they became a stronger couple through it. Eventually, Quinn married Clay. 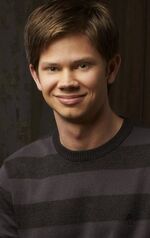 Marvin McFadden was a sports news anchor who attended Tree Hill High School. He was part of the gang who played basketball at the River Court, commentating the games with Jimmy Edwards but, like Lucas and Haley, eventually became embroiled in the world of the popular cliche. He was rocked by the death of Jimmy, after they grew distant, during the school shooting and refused to let people think of him as a monster. He is commonly seen as a friend by girls whom he likes but, after graduating college, he found love with Millicent Huxtable. He is not what the average normal girl would consider getting involved with romantically and girls see him as the "cute brother" type. But lately, his luck seems to be turning around with Millie. Although their relationship has been strained at times, Mouth and Millicent are married and expting a son and host a morning show. 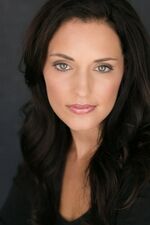 Millicent McFadden (née Huxtable), originally from New York, was the personal assistant to Clothes Over Bro's creator Brooke Davis. She followed Brooke to Tree Hill and helped run the Tree Hill store. She fell for Mouth and the two eventually moved in together. For a time, Millie and Mouth moved to Omaha but returned quickly. Her relationship with Mouth was threatened by his ex-girlfriend Gigi Silveri and after an argument, Millie slept with Owen Morello. She and Mouth struggled to remain a couple afterwards but eventually reunited. She eventually rose to a more prominent role in the company, heading the New York branch and becoming Victoria Davis' boss. After she was forced to model at a fashion show and saw the positive response, she took up modeling permanently but it started to lead her down a dark and destructive path. 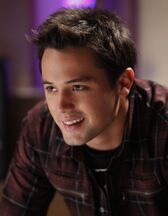 Chase Adams was a member of Clean Teens who came to Tree Hill High during his senior year. He started dating Brooke Davis but they broke up for reasons unknown. He returned to Tree Hill some time later and is currently the owner of Tric, after Karen Roe upon Haley's request sold it to Chase right before the series finale. During Season 6 and Season 7 he dated Mia Catalano, who broke up with him over a text message at the end of Season 7. He then had a troubled relationship with Alex Dupre conflicting with this time with Mia but he joined the air force and a year after he got out they reconciled. However, they broke up when she left Tree Hill after accepting an offer to go on tour from Chris Keller. 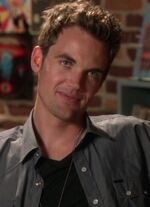 Chris Keller (also known as Harry Johnson) was a musician from Tree Hill who noticed Haley's talent and helped her at the start of her music career. Chris wasn't well liked by many of his peers such as Nathan, Lucas and Brooke due to his arrogance and his way of interfering in their lives. He first caused interference in Nathan and Haley's marriage and, later, Brooke and Lucas's relationship when he slept with Brooke. He later left Tree Hill to go on tour, running into the group when he passed through Honey Grove, Texas. Eventually, he returned to Tree Hill to help Haley with Red Bedroom Records and assisted Dan and Julian in their rescue mission. 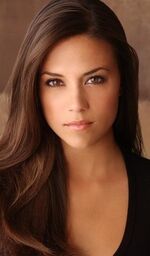 Alex Dupré (born Alice Whitehead) was the actress who Brooke Davis hired to be the new face of Clothes Over Bro's. She rocked Tree Hill when she arrived to begin working with the company with her confident, yet shameless, behaviour, dim-witted attitude and childlike demeanour. She is known for living on the wild side, even going as far as to be admitted to rehab before arriving in Tree Hill, but she can be focused and disciplined when she wants to be, noted by her commitment to writing a script with Julian Baker. Alex used their script-writing to get close to him, but after Julian affirmed his love for Brooke to her, she had to give up her "new drug". After her involvement in Brooke and Julian's relationship caused them to break up and Julian took his anger out on her, Alex tried to commit suicide. However, she was able to move on and form a relationship with Chase Adams despite its difficulties and she was able to start a successful country music career. 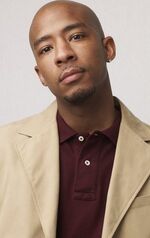 Antwon Taylor was a student of Tree Hill High School who would then return to coach the Ravens, a team he was once a part of. Hailing from the River Court, Skills joined the Ravens to get into college and eventually succeeded. In his adulthood, he had an ill-fated relationship with Deb Lee, his good friend's mother, until eventually finding happiness with Lauren. But after gaining a job as a sports coordindtor in LA the two split and Skills moved away although he regularly visited Tree Hill. 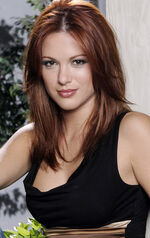 Rachel Virginia Gatina (formerly Scott) was a student of Tree Hill High School who joined at the start of her senior year. Initially an antagonist to Brooke Davis, she posed a threat to her. However, the two eventually formed a close friendship in the second half of senior year. Rachel also had a close friendship with Mouth and Bevin. Rachel was partially to blame for Jimmy's death since she let out the time capsule which caused Jimmy to bring the gun to school. After graduating high school, Rachel worked for Clothes Over Bros as a model but was eventually let go due to her drug problem. She attempted to repair her life with Brooke and Peyton but eventually fled Tree Hill when Victoria told her she wouldn't amount to anything. Two years later, a sober Rachel seemingly reformed her manipulative and promiscuous life, marrying Dan Scott. Her reformation proved ineffective as Rachel returned to her devious ways and her marriage to Dan eventually ended when it became apparent that she didn't love him and was with him for his money. He then petitioned for divorce, but gave up his wealth, leaving Rachel with nothing.

Retrieved from "https://onetreehill.fandom.com/wiki/Other_Main_Characters?oldid=49254"
Community content is available under CC-BY-SA unless otherwise noted.